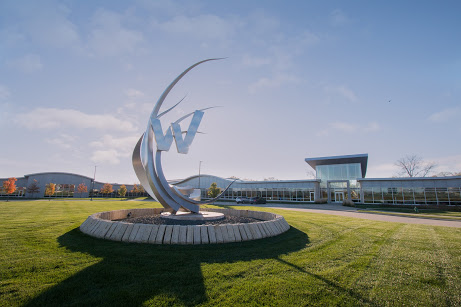 The following article was originally posted on May 1st, 2019 via Ames Tribune by Tribune Staff.

Ames-based Workiva announced this week the opening of offices in Frankfurt, Germany, and Paris.

In the announcement, made Tuesday, Workiva CEO Marty Vanderploeg said opening the offices in Germany and France, “shows our commitment to helping our customers in those countries with their specific reporting challenges, whether it’s to local jurisdictions or global regulators.”

Workiva is a cloud provider of connected data, financial reporting and compliance solutions.

“We help organizations all over the world connect and tag their data in a single, cloud environment to improve accuracy and reduce risk,” Vanderploeg said in a news release.

According to the release, Workiva helps Foreign Private Issuers with their U.S. Securities and Exchange Commission filings. European companies are now using Workiva’s Wdesk platform to comply with European Securities and Markets Authority’s mandates for reporting.

“Wdesk is the only cloud platform that provides data accuracy and transparency throughout the entire reporting process — from ERP transactional data to final reports,” Vanderploeg said. “Our Wdesk platform will continue to be a driving force in transforming financial reporting throughout the world.”

Workiva also has offices in Amsterdam and London, as well as in 12 U.S. cities and two Canadian cities. It employs more than 1,200 people worldwide, including more than 500 at its Ames office at the Iowa State University Research Park.

Workiva was founded as WebFilings in 2008, and later changed its name in 2014 and began trading publicly on the New York Stock Exchange.