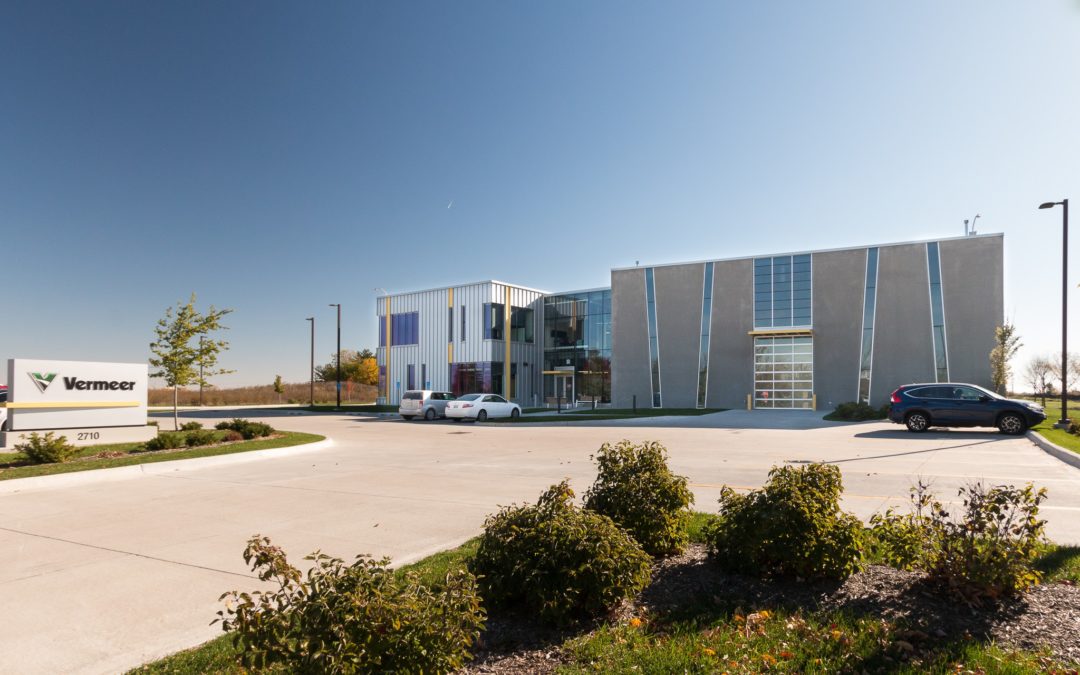 Vermeer, which produces industrial and agricultural equipment, will house its operations on the first floor and the sprawling open garage-like space that takes up nearly half the 35,000 square-foot building located on the south side of town near Workiva’s headquarters. ISU’s Startup Factory will move into the second floor at a later time.

Vermeer CEO Jason Andringa said the idea of building the hub started three or four years ago as the company struggled to convince enough engineering and software interns to relocate to Pella.

“We are able to recruit some of that needed skillset to Pella, but frankly, not in the long run the full amount we’re going to need to be the company we want to be,” he said.

The project broke ground late last year and finished in early 2016. Andringa said having a facility in Ames will allow interns to work part-time during the school year and beyond and provide Vermeer a prime spot to attract recent graduates.

“(Vermeer) saw utilizing more students was going to be a key part of their future recruitment of engineers,” he said.

Andringa said his company will have the option to purchase the building outright in the future, but right now, it serves as a physical monument to the company’s relationship with the university.

“It shows long-term commitment,” he said. “It shows the continuation, the recognition of the partnership we expect to continue to fill some of the needed jobs we have with Iowa State interns and Iowa State graduates.”