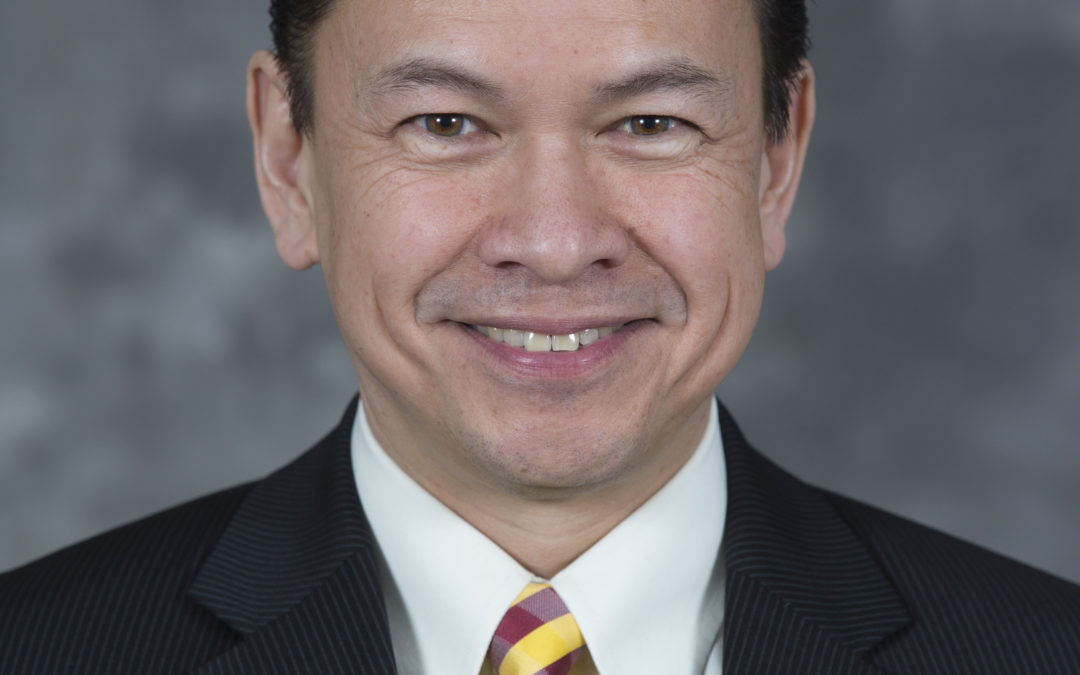 Bill Adamowski isn’t one to back down from a challenge. Since graduating from Syracuse University in the late 1980’s, he has been presented with plenty of “resume building” opportunities in a variety of capacities in organizations large and small.

From his work as a computer programmer serving a massive United States Department of Defense contract right out of college to a variety of consulting and executive positions at Fortune 500 companies and the launch – and profitable spin-off – of several IT startups, Adamowski has a skill set that is hard to match.

His breadth of experience is valued in the newly formed Office of Economic Development and Industry Relations (EDIR) at Iowa State University. The office is working to connect external partners with the university’s unique expertise and capabilities. The vision is to leverage these partnerships to develop an economic engine that benefits ISU and the state as a whole.

Adamowski joined the EDIR staff in March of 2015. He says when the opportunity to join the newly formed EDIR team was presented, it caught him off guard.

“I was looking to start my next company,” he says. “But when I really looked at this position, I saw it as an opportunity to work with people in meeting big challenges. Getting in on the ground-floor of the formation of the EDIR office was appealing. I saw it as a way I could employ my skill set to push forward initiatives at Iowa State and in Iowa as a whole.”

The ability to view things strategically has been a hallmark of Adamowski’s career. Even as a fresh college grad working for GE Labs in helping to upgrade the technology driving the United States’ missile defense system, he viewed his role differently than others.

“That position drove home the strategic importance of quality programming and 24/7/365 up-time,” he says looking back. Adamowski says the primary role of his team on the project was to modernize the system. It was the largest defense project in the U.S. at the time. “It provided a good foundational knowledge of importance of critical IT systems.”

Seeing an opportunity to expand upon his skill set, Adamowski moved on from GE Labs to serve as a consultant for Deloitte and Touche. In the position, he had the opportunity to work with some of the largest companies in the world to solve complex IT issues. By applying strategic vision to the implementation of information systems, Adamowski earned a reputation for driving innovation.

Among his accomplishments was implementing a decision-support system for Nissan.

It wasn’t long before one of his clients asked him to join the executive team. At first leery of the opportunity, Adamowski soon accepted and became the Chief Information Officer of GMAC, which included a banking division, financing division, mortgage division, real estate division and more.

The complexity of the organization, along with the rapid advancement of information systems, pushed Adamowski to embrace the advent of “Big Data” – the work of developing systems that analyze massive amounts of data to support business development strategies.

“Looking back, my experience in these large organizations helped me develop a more high-level visioning,” Adamowski says. “It was in working hands-on with these complex issues that I really refined my specialization in technology strategy.”

An Introduction to the Midwest

For a c-suite technology professional, change is a part of life. After making considerable gains at GMAC, Adamowski soon saw the need to move on. He quickly found a position that would introduce him, for the first time, the life in the Midwest. Adamowski joined Wells Fargo Mortgage as the Chief Technology Officer and moved to Des Moines.

After spending time in Colorado, Georgia and the Northeast, the Midwest proved appealing for Adamowski, his wife and two children.

“We immediately found it very much to our liking,” Adamowski says. “It was a perfect fit for us at that time in our life.”

The family adjusted to life in central Iowa quickly and Adamowski relished the new challenges offered by the expanding mortgage division at Wells Fargo. While content in his work, after three years, Adamowski’s penchant for seeing what’s “next” in IT got him thinking about setting out on his own.

“People wanted to know what big companies were doing in relation to information systems and technology strategy,” he says. “Because I had so much experience in such large organizations I had the opportunity to speak at events across the country. In visiting with so many people, I began to see an opportunity to form a start-up.”

Getting in on the Boom

As Adamowski began to explore options, the “.com boom” hit its stride. Employing the skills he gained in his work with GMAC and Wells Fargo, Adamowski launched his first start-up called Mortgage Hub. The business-to-business application helped connect brokers and correspondents—“smaller players”—in the mortgage industry. The business was based in Des Moines and allowed Adamowski to gain skills in the start-up game without moving his family.

Mortgage Hub quickly grew to a $40 million business, at which point Adamowski spun it off and jumped into his next venture, a start-up backed by major international equity partners. In forming ISGN, Adamowski says he leveraged the new “flat” world.

“I felt like I needed to be a part of the rapidly growing ‘world is flat’ movement so I jumped in head first,” he says. “With ISGN we sought to provide a higher level of business support systems [mortgage processing, appraisal processing, etc.] than anyone else was providing. We wanted to do it differently than the big, traditional players at the time. And we did.”

ISGN’s strategy, which was informed with input from Adamowski, focused on providing large companies with “overflow” service. The goal was to show that ISGN could provide these big players a full-suite of efficient, effective and inexpensive services. The strategy worked and ISGN quickly began acquiring other companies, expanding its capabilities and growing its market value. After seeing the company reach a valuation of more than $200 million, Adamowski was ready for his next challenge.

Over the next few years, he worked on a number of start-ups, including a couple in the technology-rich Silicon Valley of California. These stops provided Adamowski with experience in launching a successful IPO and expanded his knowledge of Big Data. Eventually, though, he began looking for something different; something more.

A Return to Iowa

“My experience in Silicon Valley was great because it gave me a wider appreciation for analytics and big data,” he says. “But, we were living in California and wanted to be closer to family. My son had recently gotten married, my daughter had graduated from Iowa State, and so we started looking at opportunities to move back.”

That’s when his interest was piqued by the opportunity at Iowa State.

“The intellect level at the university, the amount of research that is going on, the quality of programs; I saw an opportunity to apply all my skills and help the university do more,” Adamowski says. “I wanted to be on the leading edge of helping the university develop a strategy to help commercialize projects, to connect industry with the great things happening inside, and to help drive economic development at ISU, in central Iowa and in the state as a whole.”

Adamowski works in tandem with Kristine Johansen to provide a coordinated “front door” for industry to access the services, students and professionals at Iowa State. The effort is aimed at making it easy for industry to find support at the university to address challenges, while increasing the likelihood that research at Iowa State can find practical application in the marketplace.

Seeing, and selling, the value to those on both sides of the equation is a challenge Adamowski is eager to take on.

“So far, the reception has been great,” he says. “I think I bring a completely different skill set than has been here. In just a short amount of time here, I can see the opportunity to apply a coordinated strategy to help build the business climate both here locally and throughout the state.

“We have incredibly intelligent and skilled researchers at Iowa State and we can now facilitate the connections they need to move products from their labs to market,” Adamowski continues. “It’s exciting. There is something new every day.”