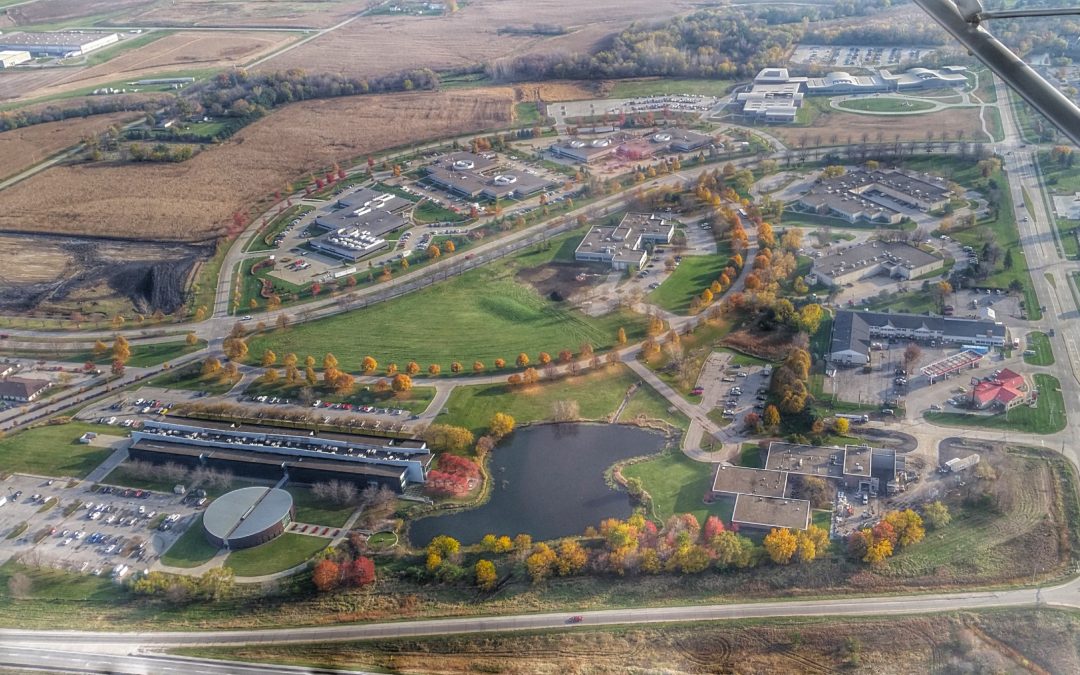 The following article was originally posted on September 3, 2019 via Clay & Milk

Three months into his position, and Iowa State University Research Park president Rick Sanders is embracing big ideas as the Research Park enters its next phase of development.

Sanders was named president of ISU Research Park in early May and took over the position June 1. Following a nationwide search, Sanders succeeded long-time president Steve Carter, who retired in December.

As president, Sanders inherited the 400+ acre Research Park that has more than 703,000 square feet of current building space and a legacy of innovation and growth from Carter. Carter, who served as the Research Park president for 18 of its 31 years, grew employment at the park from 930 jobs to nearly 3,000 and hosted 179 companies throughout his tenure.

“If you compare us to any other research park, we’ve got some strengths that others don’t have. and for many research parks, we’re kind of the model they’d like to follow, and that’s all a credit and attributable to Steve Carter,” said Sanders. “He left this place with a great foundation and our opportunities based on that foundation I think are almost limitless.”

Going forward, Sanders says he plans for the park to hone in on two key areas: agtech and biorenewables.

“Right now, there is a not a recognized worldwide center of gravity for all things agtech innovation and then, separately, for all things biorenewable,” said Sanders. “I think when we get a decade down the road, we’re going to be able to look back and some place is going to have solidified their position in those two spaces. And as lofty as it sounds, I want us to be that spot. I want all of Iowa to be that hub for all ag-related innovation worldwide and for the next generation of biorenewables.”

“We are the only research park that I’m aware of that has the multiple models we have for growth,” said Sanders. “I think that gives us a flexibility that most don’t have.”

“The reality is, already today, we have a huge impact all over the state but we don’t ever talk about it,” said Sanders. “We’re ‘Iowa nice’ and don’t talk about some of those successes we have. And while our geographic reality is right here in Ames we need to talk more about the true impact that we have beyond just the 2100 jobs that we have right here because he have a lot more impact.”

Since Sanders began the position just three months ago, the Research Park has already seen several changes, opening up multiple new facilities within the park:

Phase IV of the Research Park expansion will be comprised of approximately 32 acres of land for development, with the first additions of Phase IV creating six lots and one outlot for future development on 3898 University Blvd. and 3499 South Riverside Drive.

John Deere recently opened a new lab at the Research Park. It is the company’s second lab connected to a major university in the United States.

The new test center will allow increased collaboration with ISU faculty and students. In 2017, Deere opened a strategic technology innovation center in the ISU Research Park to collaborate with the company’s business units and complement John Deere’s global network of technology and innovation centers. Some employees from that center will be located in the new building when it is completed.

Opened on June 28, the Tedesco Environmental Learning Corridor (TELC), a 37-acre park that lies in the heart of the ISU Research Park, is Story County’s effort to intertwine conservation and commerce.

TELC is named after former Ames mayor and businessman Ted Tedesco. Development of the park was done in three phases and cost $4.5 million.

The park’s features include stream access and wetland boardwalk, water quality improvement demonstrations and trails to Ames and solar-powered stations.