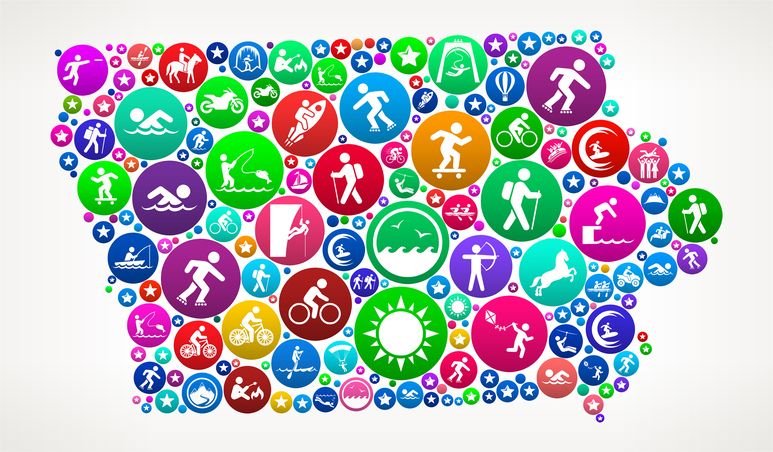 The following article was originally posted on May 2, 2018 via Chief Executive

Thomas Mahoney and Matt Rizai are CEOs who are leaders in the “new” Iowa – the state that has been moving past traditional perceptions of a sleepy, agrarian hinterland and building a reputation as an untrammeled hamlet where code writers, marketing consultants, wind-energy engineers and data-center supervisors can be as comfortable as farmers.

Iowa placed No. 14 in the 2018 Chief Executive “Best States / Worst States for Business” rankings, even with a year earlier and consistent with its spot over the last few years. It was No. 3 in the Midwest after No. 5 Indiana and No. 13 Wisconsin.

Rizai heads Workiva, a B2B cloud-based software company that counts more than 75 percent of the Fortune 100 as customers – and whose headquarters is in Ames, Iowa, not Silicon Valley. The proximity of Iowa State University helps supply and lure millennial tech workers. Iowa also leads the nation in efforts to bring ultra-fast internet access to every corner of the state.

“THE STATE HAS BEEN TARGETING DEVELOPMENT OF CERTAIN NEW INDUSTRIES SUCH AS BIOSCIENCE, WHERE IT HAS BEEN BUILDING UP A ‘CULTIVATION CORRIDOR’ BETWEEN DES MOINES AND AMES.”

“We’ve installed a confidence and a culture so that our people feel they can do this no matter where they are,” Rizai told Chief Executive. “We’re part of a movement to do things were you are rather than where people think you should be. And we have thousands of [job] applicants a year. People want to come to Ames for more space, or they’re thinking about their family and health care and schools. And they feel this is where they can do some exciting things and make a difference.”

Mahoney is CEO of ITA Group, a West Des Moines, IA.-based engagement-marketing agency that employs about 650 people there.

The state has been targeting development of certain new industries such as bioscience, where it has been building up a “Cultivation Corridor” between Des Moines and Ames. More than $1 billion in corporate investments already have settled there.

“We’re leveraging the critical thinking that takes place around Iowa as well as our knowledge and expertise in agricultural science,” said Mahoney, who is a member of the Greater Des Moines Partnership, an outfit that markets central Iowa.

Iowa also has been able to attract large data-center outposts built by Silicon Valley giants, in part by offering them its position as one of the nation’s top generators of green energy from wind – which, of course, comes sweeping down the plains.

Testimonials like these are persuading more CEOs, who ranked Iowa No. 6 in living environment and No. 1 in workforce quality in the 2018 Chief Executive rankings. And U.S. News & World Report named Iowa as the best state to live in, citing its high rankings in health care, education, quality of life and infrastructure.

The complete listing for the Best and Worst States for Business can be found here.

Read the article at chiefexecutive.net.