The following article was originally published on September 24, 2018 via Iowa’s Cultivation Corridor

“Great minds think alike” may be the age-old saying, but “Great minds drive each other to even greater ideas” may be a more appropriate way to describe the ongoing growth at the Iowa State University Research Park in Ames.  The Ames community, recently listed as the second-best college town in America by Livability.com, is host to the 400-acre Research Park which continues to generate incredible buzz and activity especially as it relates to the core competencies of the Cultivation Corridor.

The proximity to world-class research faculty at Iowa State University, a top-notch student workforce for internships and research projects, and an entrepreneurial, research-driven climate has attracted hundreds of companies to the Research Park since its creation in 1987, including some of the most well-known names in Iowa agriculture.

Vermeer Corporation was an early leader in a recent growth spurt at the Park.  Looking for ways to tap into the talent base and expertise at Iowa State and in central Iowa, while maintaining its corporate and manufacturing base in Pella, Iowa, Vermeer opened a small office in the Research Park in 2012.  This office enabled long-term internships and research programs with Iowa State students and attracted top engineering talent, eventually growing into the Vermeer Applied Technology Hub which opened in 2016.  This facility brings engineering and product testing expertise back to Pella and provides both locations the opportunity to grow.

Several other companies, including leaders in Iowa agriculture, have followed with their own takes on the model by establishing offices and facilities in the Research Park on the southern edge of the Iowa State campus.

Kent Feeds recently opened its Kent Innovation Center which is part of the company’s outreach program to collaborate with universities, research teams, and thought leaders throughout the world.

Sukup Manufacturing opened an office in the Park in August 2017.  The Sheffield, Iowa- based company has flourished with significant growth in recent years and the Ames office will provide an opportunity to capitalize on the engineering and technical expertise of both Iowa State students and professionals at the Research Park.

John Deere has broken ground on a new 33,000-square-foot facility that will serve as a design and test lab for agricultural spraying and applications technology.  Deere also opened a strategic technology innovation center in 2017 to collaborate with the company’s business units and complement John Deere’s global network of technology and innovation centers. 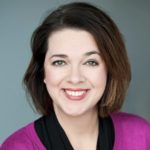 “Iowa State University is a strong partner and leader when it comes to private-public partnerships to support entrepreneurs,” said Billi Hunt, Executive Director of the Cultivation Corridor.  “Creating an environment at the Research Park that supports entrepreneurs, new technologies and new ideas benefits everyone by delivering new products for farmers, and creating jobs and economic benefits for our communities.”

The Ag Startup Engine, a private systematic program to fund and mentor AgTech entrepreneurs, and the Iowa State University Startup Factory are both based in the Research Park.  Entrepreneurs in the Startup Factory receive formal training, resources, and access to a network of business mentors, advisors, counselors and investors in two 26-week blocks: the first a formal curriculum centered on business validation, and the second, customized to their individual business needs. 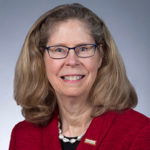 “The rapid growth of the Iowa State University Research Park can be attributed to the partnerships between the university, government and business and industry,” said Wendy Wintersteen, President of Iowa State University, which is an investor in the Cultivation Corridor. “Our involvement in the Cultivation Corridor is not only important to the Research Park, but to building and growing strong, diverse economic opportunities.”

Support from the business community in Ames and throughout the Corridor has been critical to success. The Ames Seed Capital, LLC was established in 1987 to provide a pool of investment funds from private sources to fund start-up companies locating in the Research Park.  The Fund, managed by the Ames Chamber of Commerce and Economic Development, has experienced a strong success rate with a wide array of investments in agriculture innovation related to plant sciences, animal health, and precision agricultural technology. 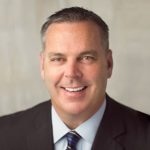 “We’ve seen incredible support for the Fund, highlighted by the most recent round of fundraising,” said Dan Culhane, President and CEO of the Ames Chamber of Commerce & Economic Development, “Investing these dollars in new companies is an important part of fueling innovation in the Corridor.”

Fundraising is near completion for Fund VII, which had an original goal of $3.5 million. That number has been Fund VI, which was the previous fundraising record, according to Culhane.

“The growth and innovation happening at the Research Park is another reason why the Cultivation Corridor is the place to be for agribusiness leaders and entrepreneurs,” said Hunt.

Read the article at cultivationcorridor.org.