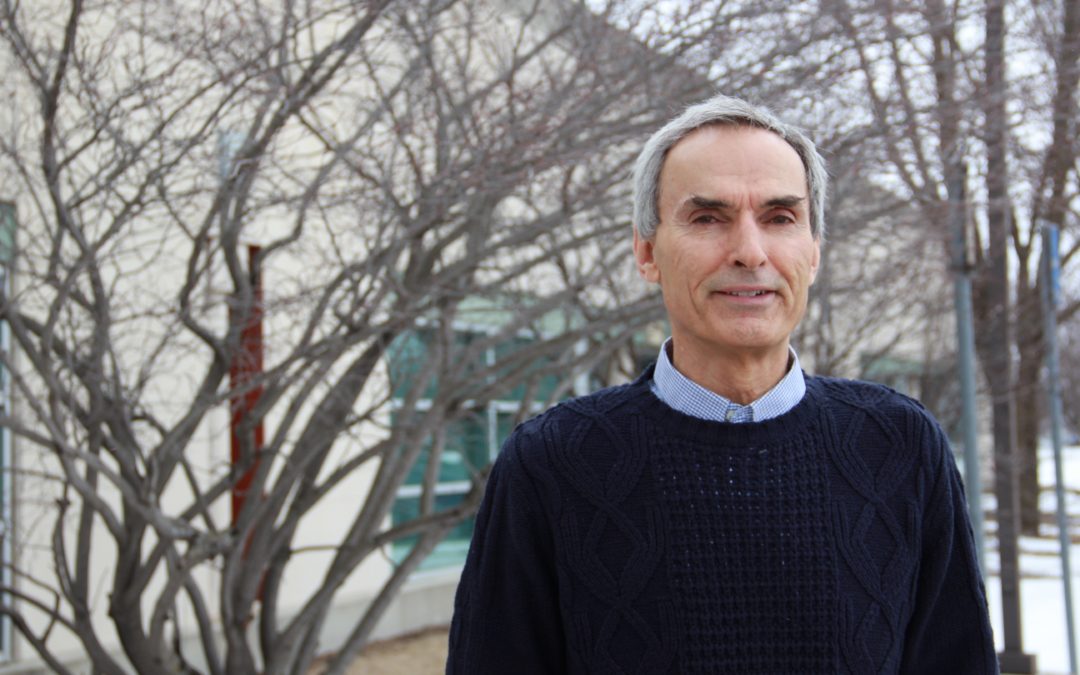 From the time he was a little boy helping on the family farm east of Des Moines, Kevin Maher had a penchant for dreaming big. As he watched airplanes fly overhead, going from one coast to the other, he imagined himself someday sitting on those flights, winging his way from one big deal to the next.

For many, that youthful dreaming stops when it’s time to start the “doing.”

Not for Maher. The serial entrepreneur has spent his career breathing life into his dreams and making a name for himself at the intersection of animal health and emerging technologies.

“Working seven days a week on a dairy farm helps you to develop a solid work ethic,” Maher says of his formative years on the farm. “Out of nine kids, I was always the one who wanted to explore and see the world. I have been fortunate to be able to see those dreams through.”

It wasn’t without employing that work ethic that Maher was able to reach the heights he dreamed of. After working in the animal health field for two decades, Maher set out on his own. Spurred by a vision to leverage technology to better track livestock and ensure regulatory compliance, Maher threw himself into developing a solution. That was in 1999.

“The internet was just becoming available in rural areas then,” Maher says. “My idea was to use that connectivity to provide veterinarians an electronic solution to replace the old paper and pencil method of tracking livestock.”

The first step was establishing an office in the Iowa State University Research Park. Maher says the access to start-up experts in the Park and the link with Iowa State—one of the nation’s preeminent animal health institutions—were crucial in seeing his vision go from idea to marketplace.

“It made sense to have a tie to Iowa State,” Maher says. “The link to the Park opened me up to a number of resources to assist me with developing a business plan, accessing funding, finding office space and interns, and getting started on the right foot.”

GlobalVetLINK was the result. After two years of development, the product debuted at a conference hosted by the State of Florida on September 7, 2001. From that milestone, it took about eight years for the product to gain the support of all 50 states as clients. Maher says the key to the product’s success has a little bit to do with its functionality and a lot to do with the support provided by the GlobalVetLINK team.

“We have established a very loyal clientele by providing excellent service,” Maher says. “That was the driver in our growth: Always being available to provide answers when customer needed them.”

With GlobalVetLINK established in the market, Maher began to turn his attention to other ventures. Currently, he is spending most of his time and effort launching a product called PetMeasure. The device, which fits dogs like a collar, provides real-time feedback on vital health metrics including core temperature.

These analytics are gathered and analyzed by veterinarians as a decision-support tool. He says that being in Ames is key in developing the tool.

“The fact that we have a well-respected veterinary college and access to very talented student interns is important,” Maher says. “Our interns bring new ideas and new energy. They see things in a different way than I might and that is valuable. The input they provide helps us to fill in the gaps and develop the best product possible.”

The product is in the trial phase right now and Maher says there is no definitive timeline for launch.

In the midst of developing PetMeasure and with the track record of success at GlobalVetLINK, Maher is open when discussing what it takes to make it as an entrepreneur.

“Some people would go crazy not knowing where the next check is coming from,” he says. “As an entrepreneur, that is something you have to think about, but you can’t allow it to control what you do.”

He has learned through the years that caution is necessary, but so is a willingness to take risks.

“I have definitely gained some perspective from past experiences,” Maher says. “You have to be cautious that you don’t go too far too fast and with experience you begin to recognize when you are doing that.

“You also have to have a team of people surrounding you that are willing to be open and honest and that you are willing to take feedback from,” he continues. “Getting the team right is going to take some time and you have to be careful in finding those who will help you reach the vision. When you find the right team, though, you will know it.”

Maher also says it is a good idea to seek out resources like those provided at the ISU Research Park. It’s one thing to do the heavy-lifting of developing a business plan and trying to acquire funding. It’s another thing entirely to do that without the expertise of those who have spent their lives helping to launch start-ups.

“Having access to consultants and the great business minds in the Park is invaluable,” Maher says. “Being a member of a community like this is incredibly helpful. I have immediate access to very skilled people who are willing to listen to me, to offer frank feedback and lend support.”

Maher also counts mentors and an inquisitive mind as musts for any looking to make it as an entrepreneur.

“You need to find a mentor who has been there and realized success. Get guidance in navigating the real-world from them,” he says. “Be proactive in getting as much knowledge as you can from those who have been successful in the space you want to be in.”

And always keep one thing in mind:

“This is not a five-day-a-week job,” Maher adds. “It is something you have to give your all to. You do everything and are ultimately responsible for everything. There are going to be a lot of things you don’t really love, but if you are going to see your dream through, you have to do them.”

GlobalVetLINK, L.C. (GVL®) was founded and headquartered in Ames in 1999 by Kevin Maher. His vision was to replace an antiquated paper-based animal health regulatory process with an official digital animal health regulatory software system that would be accessible real-time via the Internet. In 2001, GVL became the first web-based system in the State of Florida to provide veterinarians, animal health authorities and animal owners with the legal documentation to transport animals both interstate and intra-state.

GlobalVetLINK has become the national leader in electronic animal records with over 173 million animals transported within the U.S. using GVL’s digital certificates. Through the use of electronic certificates, clients of GVL continue to improve their business processes, thereby enhancing animal traceability and regulatory compliance.

GlobalVetLINK is dedicated to enable animal health practitioners to utilize “best practices” to quickly and accurately create professional health documents. GVL products and services are accessible directly through any device with access to a web browser or through participating practice management software vendors. GVL continues to explore new opportunities to partner with industry innovators to provide innovative digital solutions for animal health.

PetMeasure is a technology platform, that will serve as an important tool for veterinarians’ care and monitoring of their client’s animals. PetMeasure’s ability to remotely monitor a pet’s core temperature and ambient humidity—along with additional health metrics – provide an early warning for animals falling into a health risk status.

Additional measurements planned in the next phase will include additional important biometric measurements to aid in identifying individual animals’ acceptable ranges for exercise, rest, and recovery that are indicators of a decline of an animal’s health condition.

The planned commercialized stage of this technology solution will include a collar, app, and cloud based platform.