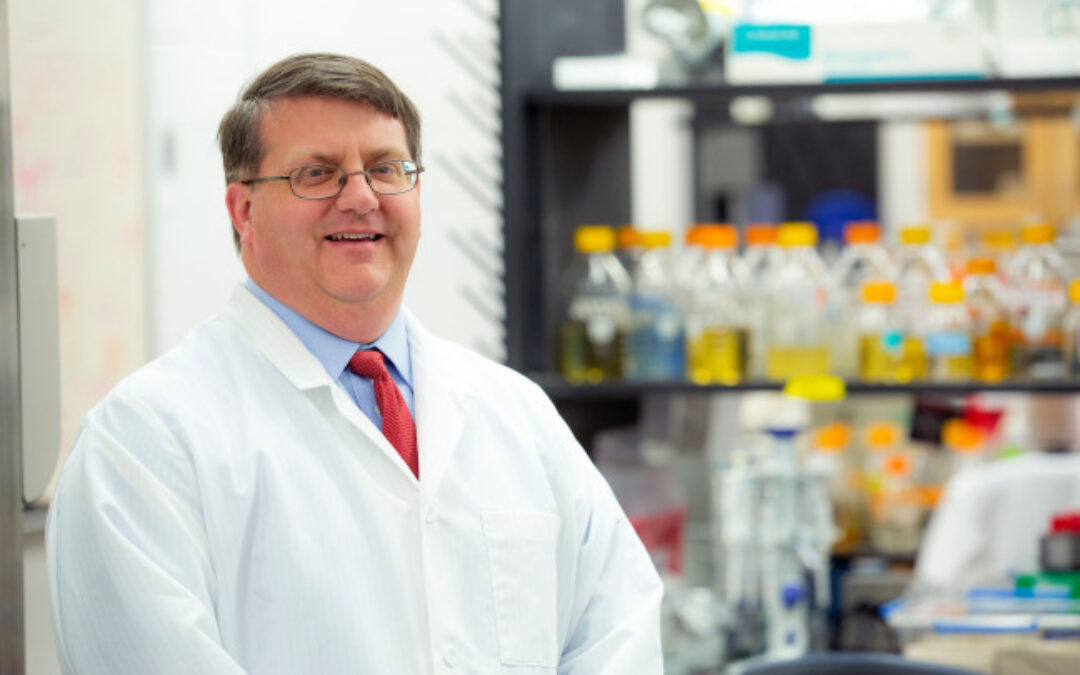 As a kid, Plummer conducted research on his family farm and took his results to national science fairs and to livestock industry leaders. Those beginnings set the stage for a career in veterinary medicine and led him to take on one of the most significant challenges faced by modern science:  antibiotic resistance.

Today, he’s an associate professor of veterinary diagnostic and production animal medicine at Iowa State University and the director of the National Institute of Antimicrobial Resistance Research and Education (NIAMRRE), a multi-institutional center based at Iowa State. NIAMRRE coordinates scientific expertise across industry and academia concerning antibiotic resistance, or the ability of disease-causing bacteria to protect themselves from antibiotic medications. Plummer said an effective response to the growing challenge of antibiotic resistance will require an understanding of how the problem affects human, animal and environmental health, an approach referred to as the “One Health” concept.

“Antibiotic resistance is the quintessential One Health issue,” Plummer said during a recent interview.

Leading NIAMRRE while maintaining his research lab and teaching work in the ISU College of Veterinary Medicine is a big job that touches on a dizzying range of disciplines and industries from agriculture to health care. But, for Plummer, it all started on the family farm.

Plummer grew up on a cattle and goat farm in southeastern Pennsylvania where veterinary medicine and science ran in the family. His mother, a microbiologist, and father, a dairy scientist, instilled in Plummer a fascination with the scientific process. His extended family also included three veterinarians, further kindling his desire to combine science and agriculture.

“I was around veterinary medicine and science from a young age and I wanted to get involved,” Plummer said.

Plummer pursued his own research interests on the farm, running experiments into how to handle goat colostrum, or the initial milk produced by goats. Colostrum contains a wealth of antibodies that strengthen the immune systems of newly born goats, but pasteurization can destroy those crucial antibodies. Plummer ran experiments on how heat affects colostrum in an attempt to find better ways for producers to handle and store it. Plummer entered his results into the International Science and Engineering Fair all four years of high school. The research topic interested him because of its significance both to his family’s farm and to the wider livestock industry.

Following high school, he earned an undergraduate degree in microbiology and a doctorate in veterinary medicine from the University of Tennessee.

“Part of me has always considered Tennessee home because both my parents were from there,” he said. “That’s where we spent most holidays and summers.”

Later, he entered a Ph.D. program at Iowa State to research campylobacter, a genus of bacteria that sickens both animals and humans and can be transmitted by consuming contaminated food and water. Plummer studied under Dr. Qijing Zhang, who is currently the associate dean for research and graduate studies at the ISU College of Veterinary Medicine. Plummer also took an interest in antimicrobial resistance while completing the program, a field of study that was about to become a major concern in human, animal and environmental health.

“When bacteria learn to defend themselves from antibiotics we might use to kill them, we call that antimicrobial resistance,” Plummer said.

Plummer joined the faculty at Iowa State after completing his Ph.D. in 2009. He established a research laboratory that investigates, among other things, how the bacteria Campylobacter jejuni, a leading cause of food-borne illness, develop resistance to treatments. His research efforts tied into an effort by ISU leaders who identified antimicrobial resistance as a point of emphasis for university research.

The Association of American Veterinary Medical Colleges and the Association of Public and Land-grant Universities sought proposals from institutions interested in hosting a center dedicated to addressing antimicrobial resistance from a One Health perspective in early 2018. Plummer led an effort that also involved the University of Nebraska, the University of Iowa and the Mayo Clinic to compose a proposal to host such a center. The proposal was accepted and, in January 2019, NIAMRRE was born, with Plummer as the director.

Plummer said his team spent much of the first year working with other academic institutions, many of which also responded to the original request for proposals, to define the center’s vision and governance and membership model.

“We want to pool all this expertise together,” he said. “We very much want this to be a collaborative effort. In many cases, the various groups with a stake in this issue haven’t been very good at communicating across sectors. We’re trying to change that.”

At the same time the incidence of antimicrobial resistance has grown, the development of new antibiotics has slowed to a crawl, Plummer said. Identifying and testing new antibiotics is a long and costly process, and the return on investment for pharmaceutical companies falls short of many other kinds of medications.

So, in addition to rethinking the economic model behind the development of new antimicrobials, society needs to assure the responsible use of current antibiotics that are still effective as a means of slowing the development of resistance. The future of human and animal health care depends on these efforts, and that’s the task NIAMRRE has taken up.

Earlier this year, NIAMRRE announced that it will administer One Health Certified, a comprehensive animal care program that allows producers to align their operations with verified animal production practices focused on disease prevention, veterinary care, responsible antibiotic use, animal welfare and environmental impacts. Producers that pass an audit from the U.S. Department of Agriculture qualify for certification and can label their products accordingly.   Plummer said taking the One Health Certified program under the NIAMRRE umbrella made sense because the certification program emphasizes the same One Health principles NIAMRRE upholds.

“We’re trying to make it easier for multiple entities and disciplines to work together to improve human health, veterinary health and the environment,” Plummer said.