An Innovative Approach to STEM Education 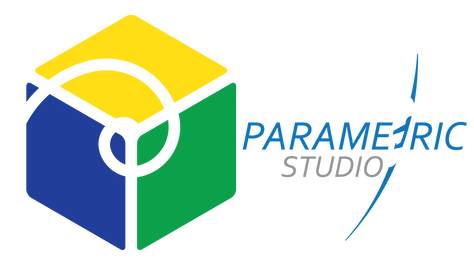 Learning to design and build has always been a big part of early education. For centuries, children have been encouraged to explore their imagination with everything from simple blocks carved from wood in the early days to more recent innovations like Lincoln Logs, Legos and the Erector Set. As children enter elementary classrooms activities involving creating, building, and exploring have been often de-emphasized in favor or traditional math and science instruction. Recently there has been a new movement for including projects-based STEM and engineering activities at the earliest grade levels

An Ames startup is aiming at helping teachers and students design, learn, and build with engineering, mathematics, and science. Parametric Studio is developing engineering-centric games, software and curricula that gives STEM (Science, Technology, Engineering and Math) instruction an engaging boost in K-12 classrooms.

Chris Whitmer, PhD, is the Chief Technology Officer. After graduating from Kansas State University with an undergraduate degree in Mechanical Engineering, he moved to Ames to complete his doctoral work in the Iowa State University Mechanical Engineering program. He and other cofounders Dr. Atul Kelkar, and Dr. Gerald Vogel launched the company in late 2015 after identifying a need for more engineering-based instruction for young learners. CEO Jack Harris joined them in early 2016 bringing years of executive experience in industry, startups, education initiatives, and engineering to the table.

“At the time we were working on some early-stage design tools for NASA and the NAVY,” Whitmer says. “At that level they have high power computers and software that can solve complex engineering problems, but these solutions still take a lot of time. Our customers wanted PC-based software to help them make early design choices before using a supercomputer”

“STEM and engineering is now a major focus in science standards at all levels of K-12,” Whitmer continues. “As the ‘E’ in STEM, Engineering really connects Science, Technology, and Mathematics. When implemented properly it is a great way to show kids how math and science ideas are useful. However, most schools and educators lack the resources and time to properly connect engineering to math and science using project-based learning.”

“In our work with NASA we were able to build a lot of great tools that would run on a PC,” Whitmer says. “These solutions didn’t require high powered computers or overly complex software. The further along we got in the work we were doing the clearer it became that we could do something similar for school-aged children.”

Shortly after Parametric Studio incorporated, Whitmer and Harris’ hunch that a solution like theirs was needed in classrooms was confirmed.

“What we were trying to do was build something that bridged the gap between unstructured tinkering and formal Math and Science education using the kind of computer and software tools that schools currently didn’t have access to,” Whitmer says. “Right after we incorporated, we were awarded two government grants and we jumped into the development process.”

The grants were provided by the National Science Foundation and the U.S. Department of Education. The initial Parametric Studio offerings introduced engineering concepts that pushed students to employ math and science concepts. All of the programs offered a pretty similar set up. Students were presented with a challenge to solve – for example constructing a virtual boat and manipulating inputs and design variables to get it from one point to another. Throughout the challenge, they were forced to make decisions on a myriad of factors, each having an impact on the success of their project.

Focused on the Future

Today, Parametric Studio continues to innovate. In May 2017, the company was awarded a U.S. Department of Education Phase II Small Business Innovation Research (SBIR) for $900,000 through the Dept. of Education’s Institute of Education Sciences (IES) and is poised to receive a Phase II SBIR for $750,000 from NSF in August of 2018. These prestigious, and highly competitive, grants are awarded to less than 5-10 percent of companies that apply for them.

The grant, in part, has helped to team at Parametric Studio to grow from just Whitmer and Harris to 8 full and part time staff. This growth is focused on spurring continued innovation in the product and beginning early stage commercialization in the K-12 market. Among the enhancements now being deployed are a transition to a browser-based solution – this would eliminate the need for software to be installed on a PC running the product – built-in tools that will address standards-based testing, compatibility with 3-D printers that would allow students to create a model of what they built in their hands, support for Augmented Reality (AR) and more.

“We are looking to supply a solution that can be dropped into existing math and science classrooms with minimal effort but maximum impact. One that will support teachers existing instruction with quick engineering design projects and activities,” Whitmer says. “Our goal is to have our solutions become an integral part of math and science curricula. Engineering involves so many skills that will serve students for a lifetime. The sooner we can introduce them in an engaging and fun way the better.”

Whitmer says Parametric Studio has had great success in seeing its products implemented in schools in Iowa, where much of the pilot work has been done. The pilots – close to a dozen have been completed – provided objective feedback showing that the products were valuable in introducing engineering and reinforcing math and science concepts with school-aged children and that it has a place in a well-rounded curriculum.

And the timing is right as more and more school districts across the country begin to formally include engineering in their curriculum and to speak to the subject in their standards.

“Science standards are continually evolving,” Whitmer says. “Just three or four years ago, we began to see engineering called out specifically in state standards. With that addition, most teachers were left wondering how they were going to address such a specific standard. We saw that need and are developing the tools to fill the gap.”

The future looks bright for the Parametric Studio team, and Whitmer says Parametric has got to where it is today much faster because of their participation in Cohort 1 of the Iowa State University Startup Factory.

The Startup Factory was brand new when Parametric Studio was admitted to the program in the summer of 2016. Whitmer says it was invaluable to have an immersive and structured program to help get the company off the ground.

“It was especially helpful for me because I had almost exclusively a tech background,” he says. “It gave me a clear picture of what we needed to do as an organization if we were going to address the needs of the market, and succeed as a business”

The program also helped the team hone in on a target market and tailor the product to meet the specific needs of that market. Growth and development have also been helped along by nature of the company’s choice to locate its headquarters in the Iowa State University Research Park.

“One of the keys to our success early on has been the contribution of some great interns,” Whitmer says. “I’m not sure we would have been able to recruit the quality of interns we have had if we hadn’t been so close to campus. The type of talent we are looking for is in high demand and any advantage we can employ we will. Being here is one of them.”

Now that they have a team built out and have clarified their vision for the future, Whitmer says Parametric Studio is focused on moving full steam ahead in revolutionizing the way engineering is introduced to younger and younger students.

“STEM education, skills, and careers are absolutely critical to the future of our economy, our country, and our world,” Whitmer says. “Everyone will need some level understanding and proficiency in STEM. Everyone is a problem solver so engineering really should be for everyone.”

“All that’s needed are new solutions, frameworks, and quality tools that engage, motivate, and educate all kinds of kids,” he continues. “We feel like we are developing that solution, and we will make a difference in STEM education.”